Here Are The 10 Most Charming Small Towns in New Mexico

New Mexico is the fifth largest state in the nation, but the population continues to hover just above two million. As a result, we have an abundance of small towns. Here are 10 of the most quaint small towns in New Mexico. 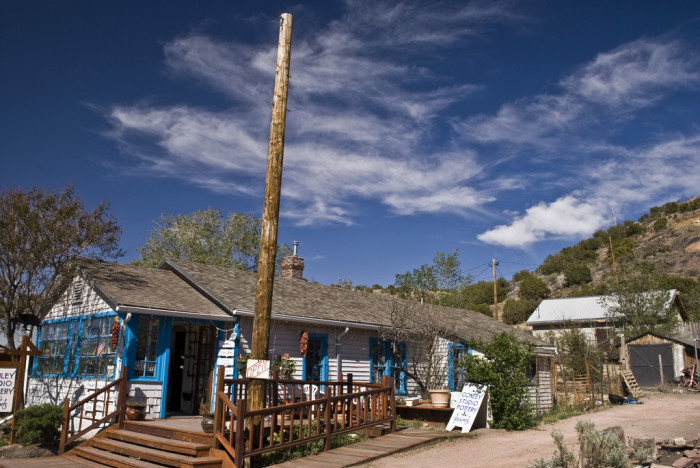 Antonio Gómez
A mining town turned artist’s colony, Madrid has a thriving art scene and some unexpectedly good restaurants. Plus it was used as a filming location in the movie “Wild Hogs.” Just don’t make the mistake of pronouncing the town’s name like the Spanish city. Locals prefer to emphasize the MAD in Madrid!
2. Arroyo Seco 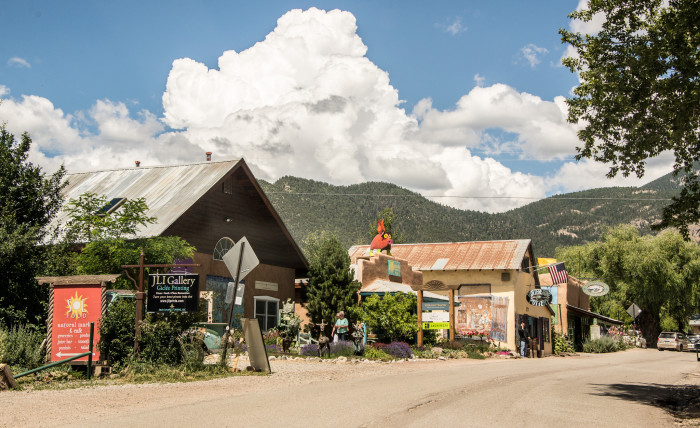 Kent Kanouse
This charming town lies under the shadow of Taos Mountain. In addition to spectacular views, Arroyo Seco offers a mercantile and several galleries that sell art and ceramics.
3. Cloudcroft 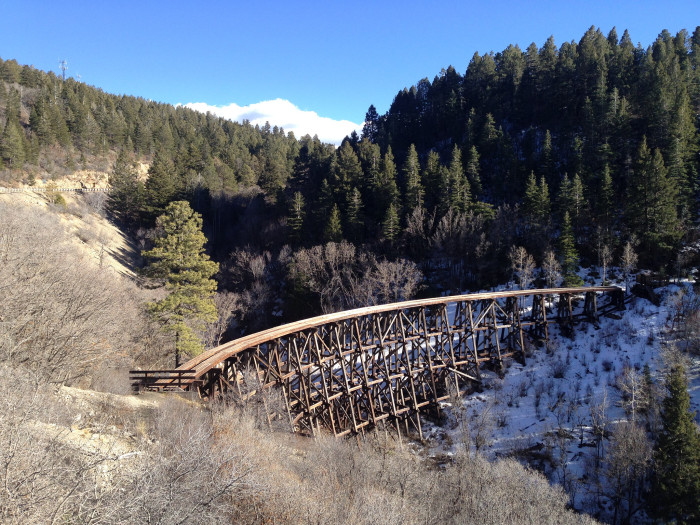 Travis Swicegood
Outdoor activities are plentiful in the mountain town of Cloudcroft that, until the 1940s, was only reachable by train or pack mule.
4. Abiquiú 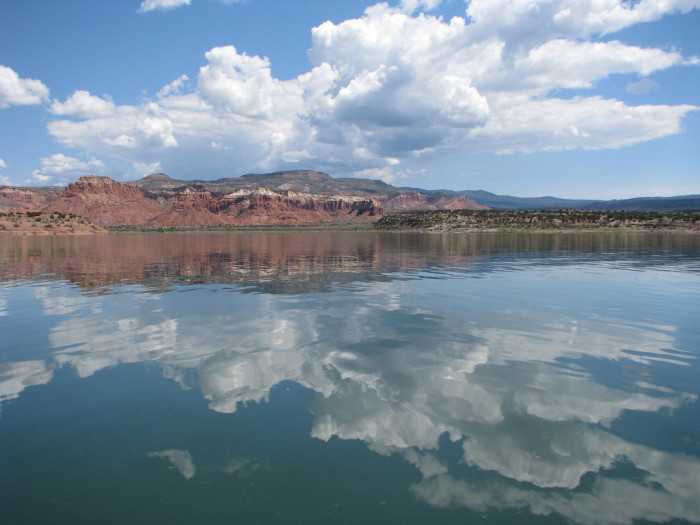 Liz Castro
Teeny Abiquiú is barely a speck on the map, but artist Georgia O’Keefe made her home here amid the red rocks. Abiquiú Lake offers plenty of recreational options and, in summer months, visitors can explore Purple Adobe Lavender Farm.
5. Tucumcari 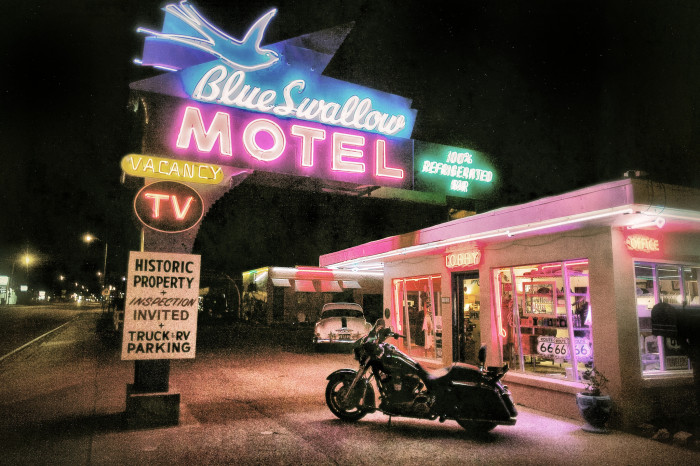 thelostadventure
Tucumcari provides visitors with a hint of what Route 66 must have been like during its heyday.
6. Taos 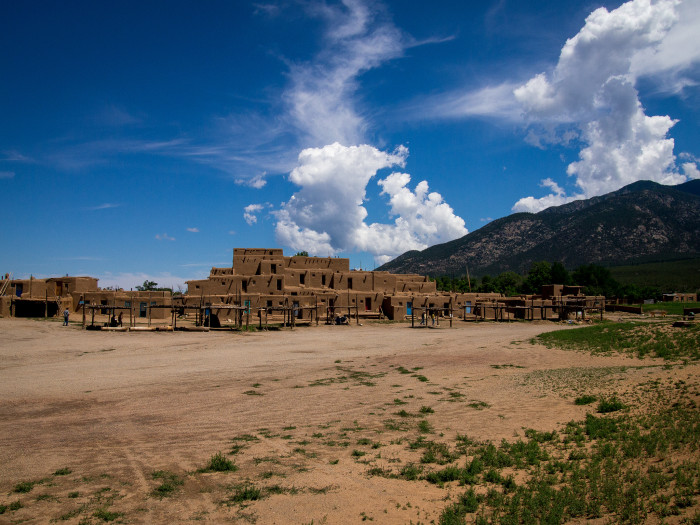 Thomas Raymond
Many are surprised to learn that Taos has fewer than 6000 permanent residents. Maybe that’s because, for a small town, it has loads to offer – from the charming 300-year-old Plaza to the art collection at Millicent Rogers Museum. But the highlight is undoubtedly Taos Pueblo, a UNESCO World Heritage Site, which dates back to the late 13th and early 14th centuries.
7. Truth or Consequences

Michael Swigart
Come for the name, stay for the hot springs! The thermal water, which bubbles from a rift along the Rio Grande, is packed with minerals and has attracted visitors to this small town since the 1920s.
8. Chimayó 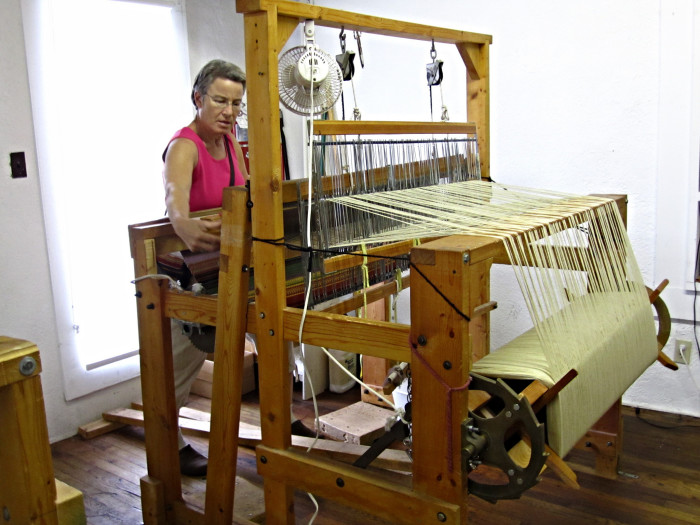 Ali Emino
Chimayó has long been known for its weavers. The town features several of the studios on the North Central Loop of New Mexico’s Fiber Arts Trail, where you can watch these artists at work. El Sancturio de Chimayó is also a popular pilgrimage site for those searching for physical or spiritual healing.
9. Jemez Springs 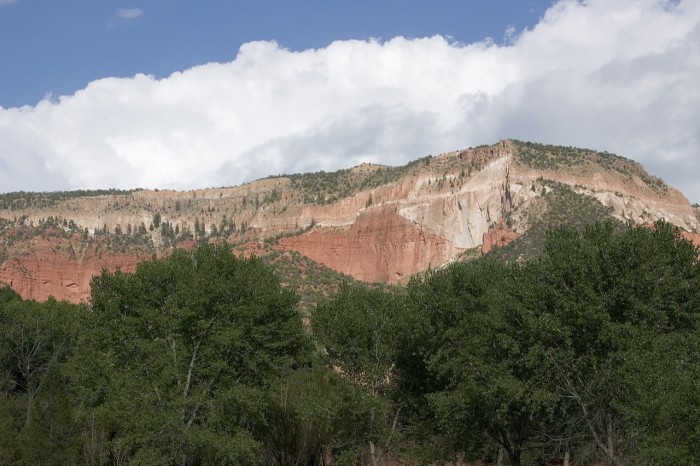 mark_mark
Surrounded by vermilion rocks, the town of Jemez Springs makes a great base for fishing, hiking, or soaking in hot springs. Soda Dam, a natural rock creation, is a popular spot on the Jemez Mountain Trail, a National Scenic Byway that passes through the town.
10. Red River 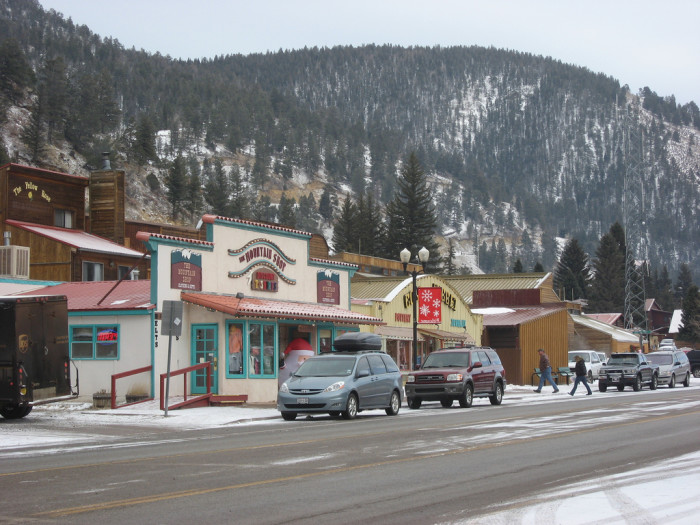 Matthew
Despite its small size (fewer than 500 people live here) this town has a rowdy past featuring bar rooms and brothels. There continues to be an unexpectedly high number of annual festivals and events in Red River, although the wildest aspect of this small town is now the breathtaking land around it. 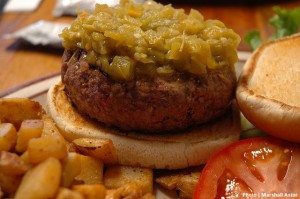 New Mexico’s Green Chile Cheeseburger Trail — with nearly 100 spots to sample — is a tasty way to add a little spice to your life this year.

Though their exact origins are unknown, the distinctive burgers laden with cheese and green chiles have appeared on menus across the state since at least the 1950s.

At Sparky’s in Hatch, a town defined by chiles, you can wash your burger down with a green chile shake.

At 5 Star Burgers — a chain with locations in Albuquerque, Santa Fe and Taos — green chile mayo amps up the green chile cheeseburger experience.

But we all know that the Santa Fe Bite has the best green chile cheeseburger anywhere.

Copy and past the link below for the other 15. 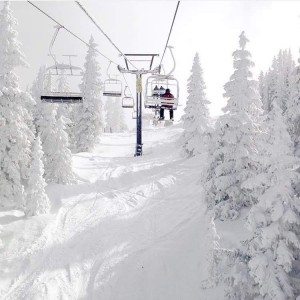 Here is the 2015 Eldorado Real Estate Report. Lots of activity last year and prices are slowly moving up.

26 homes on the market in December. 13 went under contract and 10 closed/sold.
$204 was the average price per square foot in December. This has ranged from $166 to $209 last year. This largely depends on the size, finishes, age, condition etc..so this is not always a definitive measure of property value. Up about an average of $50 from last year.
98 were the average days on the market for December. In 2015, this ranged from a high of 224 in March to the low of 52 in October.
98% is the percentage of sales price vs. listing price. This refers to the listing price when the offer was made and accepted, not necessarily the original listing price. This has ranged from 96% – 99% for 2015.
$431,000 was the average listing price in December. The highest for the year.
$401,000 was the average sales price in December. Also the highest for the year.
2.6 months is the months of inventory. This means the length of time it would take to sell all the listed home in Eldorado at the current rate of sales. Eight months indicates a healthy real estate market, so Eldorado remains a popular and in-demand neighborhood.
If you would like to discuss current market conditions, please give me a call.

*All reports are published January 2016, based on data available at the end of December 2015. All reports presented are based on data supplied by the Santa Fe MLS. Neither the Association nor its MLS guarantees or is in anyway responsible for its accuracy. Data maintained by the Association or its MLS may not reflect all real estate activities in the market. Information deemed reliable but not guaranteed.

« Older Entries
Reviews on Zillow
2967612
"Lisa is competent and professional. She knows her facts or will quickly find out. She is in close communication with her clients -always in a pleasant ... more "