Home Sales Up; Median Prices Down in Santa Fe Area 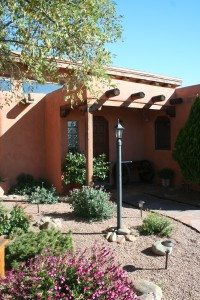 Dan Wright, 2012 president of the Santa Fe Association of Realtors, attributed that change to the gradual drop in the market since the peak in 2007, when the median price hit about $420,000.

“We’re at the tail end of the decline in the market,” he said. “Personally, I don’t think it will continue to go down at this point.”

Second-quarter sales of condos and townhomes also rose, to 74 units from 60 units. The median price rose from $237,188 to $245,000. Wright said low interest rates may have helped boost the market.

“The Santa Fe housing market is picking up with sales modestly over last year,” he said. “The historically low interest rates are helping to get buyers motivated.”

The inventory of available homes sank by 15 percent in comparison to the second quarter of last year. Coleen Dearing, vice president of the association, said that can be attributed to people pulling their homes off the market or people who have decided to take advantage of low refinancing rates. Dearing also said the increase in home sales has affected the inventory rate.

According to calgary housing property manager another notable is the number of young homeowners, in the 23 to 25 age range, has risen for the first time in five years, according to Gilbert Garcia, a mortgage professional with Century Bank. He said organizations that can help lower the down payment, such as the New Mexico Mortgage Finance Authority or the Santa Fe Housing Trust, coupled with low mortgage rates, have helped young people get into the housing market.

Garcia added that banks are indeed lending, though the process requires more documentation of financial information than in years past.

Garcia also said banks in the area have seen the foreclosure rate slow down while the refinancing of mortgages and new purchases of homes have been on the rise.

“The number of foreclosures is not leveling off, but it’s slowed down a bit,” he said. “But it’s going to get tougher before it gets easier.”

Need help with your finances?
Contact Chris Quintana at 986-3093 or cquintana@sfnewmexican.com.